By Sam Lubell
TIJUANA.- ANY city whose most widely known symbol is a painted donkey is used to being the butt of jokes. But Tijuana, often derided as a lowbrow center of debauchery and more recently as a hub of drug-related violence, is transforming itself through something that has quietly always been a strong suit: culture.


Sure, Tijuana’s seedy side still exists. But its faltering economy has slowly recovered, and the violence that plagued the city has sharply receded. In its place, a thriving cultural community that already encompassed a major Mexican institution, the Centro Cultural Tijuana, as well as music, dance and visual arts groups, has expanded. In this chaotic, messy, visceral place, the resurgence has been from the ground up, and art has landed in unexpected places.

“There is the feeling that the city has retaken itself,” said Teddy Cruz, an architect and professor at the University of California, San Diego, whose work has examined Tijuana. “There’s a kind of a vibrancy that is really unique in recent times. There’s something about the city taking back its spaces.”

One example of the sort of urban reclamation afoot is La Caja Galería (Callejón de las Moras 118B; 52-664-686-6791), a space in the 20 de Noviembre neighborhood — a dusty mix of big industrial buildings and small houses. The gallery, designed by a local architect, Jorge Gracia, opened here two years ago in an old paint warehouse. Its exterior is covered in an explosion of graffiti painted by street artists from Los Angeles, San Francisco, San Diego, Oaxaca, Mexico City and Tijuana. Inside, steel floors made from recycled shipping containers are warmed by wood salvaged from the Port of San Pedro in Los Angeles. La Caja features a lineup of well-known local and international artists, is home to an art school, and hosts dinners in which guests are blindfolded and exposed to sensations related to the exhibits.

Just a few minutes away in the emerging Colonia Federal neighborhood is the Casa del Túnel (Calle Chapo Márquez 133; 52-664-682-9570), a gallery in a long, raised house along the border that once contained a tunnel leading to the United States used by smugglers. (People and items would surface in California into a car with a hole in the bottom.) The gallery hosts exhibitions by local artists. Its permanent collection includes a bullet-riddled car found in the desert by the artist Charles Linder, now displayed out front. There are occasional events and parties on the center’s roof, which provides a view of the border’s steel fences and barbed wire about 20 feet away. The Casa is 20 years old, but the city’s turnaround spurred the opening last year of an arts collective called Mariposa (Spanish for butterfly) across the street, with studios inside a former motel that was a base for people-smuggling “coyotes.”

The city’s true new cultural nexus is the Avenida Revolución, long known among Americans as a center for tequila binges and questionable variety shows. At its heart are remade pasajes, half-century-old covered arcades that until recently were run-down afterthoughts selling the usual cheapie standbys and pharmaceuticals. The most successful is Pasaje Gómez, a collection of colorful buildings covered with tiles and topped with a plastic roof. Since it opened a year and a half ago, it has rented out 60 spaces to tenants including cutting-edge art galleries like La Tentación, which came from San Diego. The pasaje also contains bookstores, cafes and crafts booths selling locally produced paintings, metalwork, T-shirts and cupcakes. It recently hosted its first art walk, a packed affair that its owners, Miguel Buenrostro and Jaime Brambila, plan to hold monthly.

“Tijuana has this cliché of living by American rules and supplying things that Americans want,” Mr. Buenrostro said. “We’re not American, we’re Mexican. We need to have our own things.” The Pasaje Rodríguez across the street is not as packed, but it does contain several interesting galleries and stores. 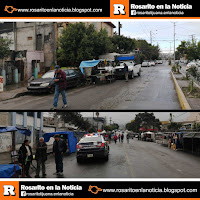